The UW Foster School of Business faculty is ranked #7 in the world by Financial Times for research productivity in the most influential 50 journals across every business discipline.

That’s world-class academic impact. But these relevant studies by Foster scholars also pack invaluable insights that can inform and inspire you to become a more effective manager today.

Before the calendar rolls into the 2020s, let’s look back at the top 10 most-read Foster faculty research briefs in the past decade. Humility may be a virtue. It’s also a competitive advantage. In this 2012 paper, Michael Johnson finds that humble people—who view themselves honestly, are teachable and appreciate others’ strengths—tend to be the best performers in individual and team settings. They also make the most effective leaders. How do investors, auditors, analysts and regulators detect material accounting manipulations? Not easily. But in this 2010 Study, Weili Ge integrates the disparate warning signals of fraudulent accounting into a comprehensive measure called the F-Score, a scaled probability that a firm is cooking the books. #3 SOX and the Markets

The Sarbanes-Oxley Act of 2002 had teeth, but it did not bite investors. That’s the verdict of this 2009 analysis by Stephan Siegel and Lance Young of the sweeping audit requirements and financial regulations enacted to prevent fraudulent behaviors by corporate leadership. They demonstrate that “SOX” did, indeed, rein in managers without punishing shareholders. The early bird gets the worm. And, it seems, the esteem of managers. This 2014 study by Chris Barnes and Ryan Fehr documents a distinct morning bias which may undermine the benefits of flextime policies. Bosses implicitly regard employees who arrive bright and early as more conscientious and effective than their later-arriving colleagues. An abusive boss can make you feel helpless and hopeless. But Elijah Wee finds a way out of the persistent cycle of abuse. Flipping the power dynamic, even a bit—by making yourself essential in some way—can bring an end to supervisory bullying, and even lead to reconciliation. Organizations have a surprising degree of influence over their employees’ ethical behavior. This 2010 study by Scott Reynolds examines the contextual link between moral intuition and moral behavior. Specifically, an organization’s cultural cues can “activate” unscrupulous behavior in an employee who believes that business is inherently virtuous. Any CEO worth his or her salt—or salary—extols the virtues of passion within an organization, citing personal belief and illustrative anecdotes. This 2011 study by Xiao-Ping Chen offers empirical proof that “harmonious” passion is the key to creativity and innovation. And the way to achieve this internal passion is by affording employees autonomy. Excessive trading. Inadequate diversification. Chasing past performance. Refusing to sell at a loss. Why do we invest outside of reason? In this 2012 paper, Stephan Siegel finds that these irrational investing biases are explained, in large part, by our DNA. When the air is choked with pollutants, it incites a litany of well-documented physical ailments. In this 2018 paper, Ryan Fehr evaluates the psychological effects of toxic smog that increasingly enshrouds many cities around the world, and calculates its heavy toll on the bottom lines of businesses. #10 The Upside of Piracy

In this 2013 study, Debabrata Dey finds that a certain level of digital piracy introduces a kind of “shadow” competition that drives manufacturers of information goods to invest in quality to stay in—and ahead of—the game. The result? Greater innovation and better products at moderated prices.

The two biggest hits of the last decade on the Foster Faculty Research site are not actually based on academic research, but each offers learned insights that have resonated with tens of thousands of readers. 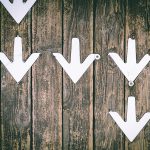 If the best-laid plans of mice and marketers often go awry, just imagine what happens to the worst-laid plans. In this 2011 classic, Shelley Jain, Elizabeth Stearns and Dan Turner share their favorite cautionary tales of infamous botches and blunders in the marketing of a new product. In this popular 2010 listicle, Jonathan Karpoff selects and analyzes his picks of the five most significant—and illustrative—cases of financial fraud over the prior decade, including HealthSouth, Tyco, Bernie Madoff, WorldCom and, of course, Enron. Maybe it’s time to update for the 2010s?