Each year, faculty of the University of Washington Foster School of Business produce influential research that advances academic theory and advises management practice. As we wind down the year, here are the 10 most-read research briefs produced in 2017 (or the very end of 2016), plus a few old favorites. The largest American industrial corporations hold combined cash reserves in excess of $1.5 trillion, an account that has more than doubled over the past decade. But this is not simply an industrial-sized rainy day fund. Ran Duchin, Thomas Gilbert, Jarrad Harford and Christopher Hrdlicka find that firms are investing a large portion of this stockpile aggressively in risky financial securities. Fashion has gone mainstream. Not that haute couture has saturated the suburban mall, but rather that the broader force of fashion—the social dimension of consumer culture—now influences the sales of virtually every consumable. But what drives fashion’s inexorable cycles? A model created by Hema Yoganarasimhan indicates that it’s cultural capital, not wealth. #3 The Caveat of Calling

Research by Kira Schabram finds that pursuing meaningful work can be productive and satisfying—or it can lead to burnout. Those who approach a calling with the loftiest intentions and abilities tend to become defeated eventually. But those with more modest aspirations and a goal of learning tend to have a positive experience. Late in 2016 the government of India retired banknotes of 500 and 1000 rupees in an attempt to cut off the preferred currency of criminal activity. In response to this sudden demonetization, India’s urban poor lost income, cut spending and increased savings, on average, according to a study by Stephan Siegel. The self-employed—taxi drivers, laborers, tradesmen—were hardest hit financially. 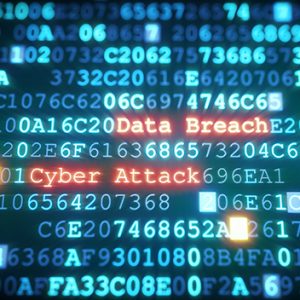 #5 The Dark Side of Big Data

Data breach. The thought alone can send us into a panic of existential dread. A study by Abhishek Borah and Robert Palmatier establishes that this new customer data vulnerability exacerbates the financial cost to firms—and sometimes their competitors—when they get hacked. But this cost can be suppressed by offering greater transparency and customer control in corporate data management policies. A study by Ed deHaan finds that computer-generated articles covering corporate earnings reports—effectively expanding the coverage of firm financials in popular media channels—have increased trading volume and liquidity, strengthening capital markets. This is likely due to the response of “retail” traders who lack the access and sophistication of institutional investors. Ryan Fehr models how on-the-job gratitude can develop from episodic to persistent to collective. And by cultivating a culture of collective gratitude, organizations can foster a general feeling of well-being that protects against the stresses and anxieties of work and generates a litany of organizational virtues—from personal dedication to greater collaboration to organizational citizenship to corporate social responsibility. However they lean politically, most American taxpayers share at least one civic opinion: that government ought to operate more efficiently. Tom Lee is one of a dream team of leading organizational scientists that has produced a practical guideline of empirical best practices in organizational management—customized for agencies of the U.S. Federal Government. When trying to raise startup capital via online crowdfunding sites such as Kickstarter and Indiegogo, entrepreneurs need to pitch with palpable passion, according to Suresh Kotha and Xiao-Ping Chen. An enthusiastic presentation dramatically increases the odds that viewers will back the new venture and share with friends. Add an innovative product and the effect is even greater. Advertisers are masters at evoking the senses in service of product sales. But appeals to which senses are most effective at getting us to buy? Ann Schlosser finds that ads that trigger our senses of touch and taste lead consumers more quickly to a purchase than those that emphasize sight or sound.

…And some evergreen favorites How do investors, auditors, analysts and regulators detect material accounting manipulations? Not easily. But Weili Ge has for the first time integrated the disparate warning signals of fraudulent accounting into a comprehensive measure called the “F-Score,” a scaled probability that a firm is cooking the books. The higher the score, the greater the probability of accounting misstatements. When campaigning for social change, disruption may win a few battles, but education is more likely to win the war. A study by Abhinav Gupta indicates that disruptive tactics such as protests can yield limited immediate success, but educational tactics that appeal to reason are more effective at expanding the objectives of a cause more broadly. If the best-laid plans of mice and marketers often go awry, just imagine what happens to the worst-laid plans. Shailendra Pratap Jain, Elizabeth Stearns and Dan Turner share their favorite cautionary tales of classic botches and blunders in the marketing of a new product. Abhinav Gupta demonstrates that conservative-leaning corporate boards of directors tend to pay their chief executives more money—and tie compensation more closely to firm performance—than liberal-leaning boards do. He credits this to a greater tendency for conservative directors to believe that the fortunes of an organization hinge on the actions of its leadership. Humility may be a virtue. It’s also a competitive advantage. Michael Johnson finds that humble people—who view themselves accurately, are teachable, and appreciate others’ strengths—tend to be the best performers in individual and team settings. They also tend to make the most effective leaders. Convincing employees to go above and beyond the call of duty may be the epitome of personnel management. But Scott Reynolds finds that pushing too hard to motivate “good soldiers” can backfire. Employees who feel compelled—even informally—to be a team player can develop a sense of moral entitlement that gives license to subsequently act badly in and out of the workplace.